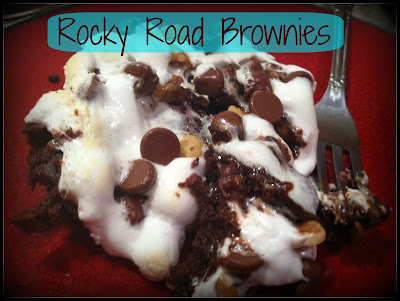 First I had a craving for chocolate, then after rummaging through the pantry I had a marshmallow craving, then it hit me: I need to make something rocky road themed!  Brownies were my first instinct and when people say to trust your first instinct, they were so right in this case!  Check out that ooey gooey mess in that picture up there.  That was the richest, most chocolatey dessert I’ve made in my kitchen in a long time (and it will probably be a long time before I make anything like this again, but not because of it’s flavor, just because I really think I need to take my own advice and pace myself!)

I started by picking a brownie recipe online, any will do, but I don’t suggest a cakey brownie recipe.  More of a fudgey recipe.  Then, I tossed in about half a bag of dark chocolate chips and 1/2 cup of chopped walnuts before pouring the batter into the pan. 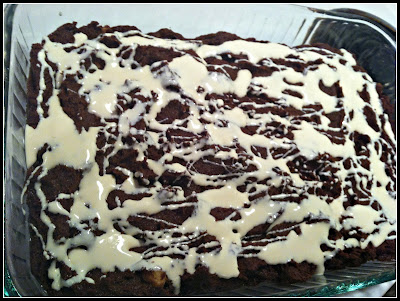 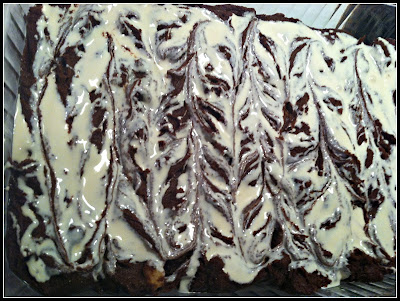 For some added fun I used a butter knife to draw lines back and forth and up and down the batter giving a nice marbled effect.  It also helped get the topping down into the batter just a bit. After this I baked the brownies according to the recipe directions pulling it out about 5 minutes early to add the remainder of the toppings. When I pulled it out I did note that the marshmallow ice cream topping I used didn’t bake in as well as I hoped and stayed a little runny.  Honestly it didn’t make the brownies any more messy so it didn’t matter all that much to me. 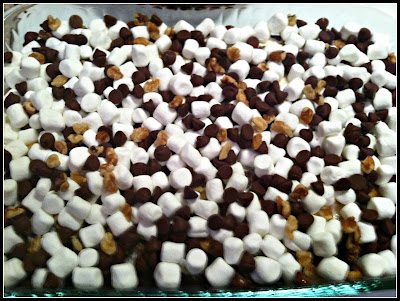 This is where the real magic of the topping comes from.  After I pulled the brownies out of the oven with 5 minutes left on the timer I piled them with miniature marshmallows, walnuts, and chocolate chips.  I’m a little enamored with marshmallows so I went overboard.  I thought it was delicious, but hubs said it was a little marshmallow crazy.  For this reason I’m not giving measurements.  Just add the topping to as much or as little as your preference.  You might have to make a second batch to get the amounts right (oh darn.) 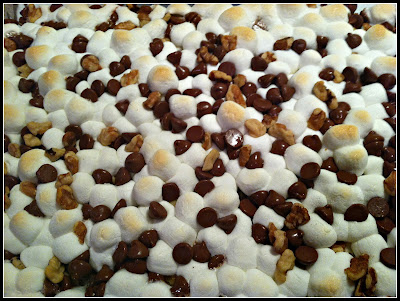 Bake the brownies for the last 5 minutes it had left then pull it out to cool.  Don’t go for much longer then 5 minuts with the marshmallows on the top or they will melt too much. 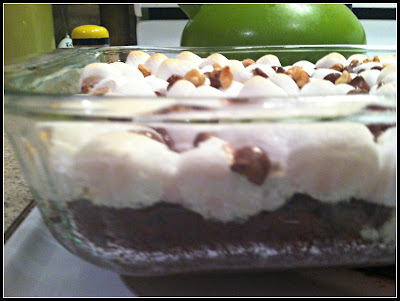 Here’s a side angle to show you the delicious layers. 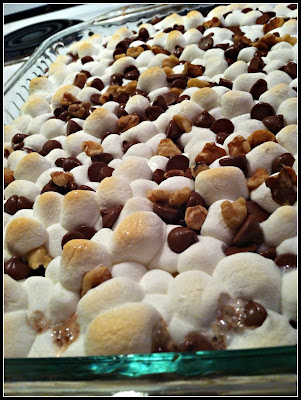 And another fun angle, because you can’t capture just how amazing these are in just a couple of shots. 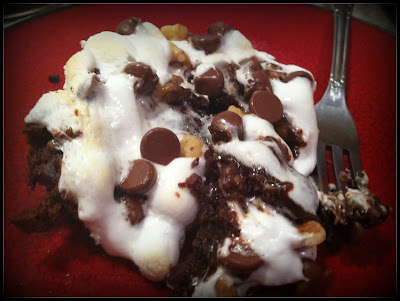 I couldn’t wait any longer.  I had to cut into it before it cooled.  To some this was a mistake because it turned into a messy glob.  But that is a messy glob of chocolate filled, marshmallow and nut covered brownie that is too magnificent to wait for.  Even though it just melted off the fork, it was amazing warmed up like this.  For your first experience you should at least try one bite before it cools completely. 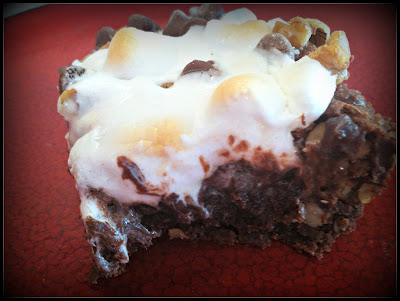 This is what the brownie looks like after letting it cool all the way before cutting.  It holds up well to the toppings and you can even eat it by holding it rather than using a fork. 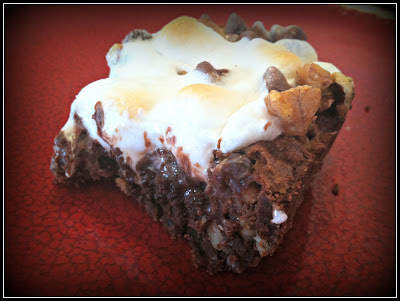 And one more image for good measure.  I love how the walnut in this one just stands out (the walnuts are amazing, and they sort of got overshadowed by my going on and on about the chocolate and marshmallows.

Hi, I'm Mary. Positive inspiration lifestyle blogger living in Nebraska. Check out the blog, get to know us, and find a little inspiration along the way. Please comment on the blog posts or shoot me an email if you have anything to share. We'd love to get to know you too! You can send an email to Mary@livingasunshinelife.com