The focus of this blog stems from my life as a stay at home mom, however just being a mom probably won’t be what it’s all about since there is much more too me than that.  What better way to start things out then a replay from where it all began.  The birth of my first daughter over 4 years ago.  I no longer post to my original “Mom Blog” that detailed my crazy life learning to be a mom, but I do have some great tid bits from it and this is one of them.  Enjoy this blast from the past and welcome to my new blog!  I can’t wait to get to know you better as you get to know me.

Bringing Her into the World

My husband and I had been wanting to start a family for quite some time. It’s not a surprise that when we finally decided to take the step to have a child my husband was sent to Iraq for a year. Luckily we hadn’t gotten pregnant yet, but he wanted me to get pregnant before he left so he’d have a baby waiting for him when he got back. Let’s just say he didn’t get his way. 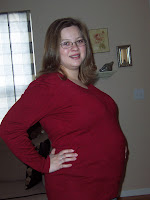 Fifteen months later, in August of 2007 my husband arrived back home with a big celebration. Fire engines hoisting up a huge flag, friends and families from across the state joining in to welcome them, two charter buses bringing the troops home; it was one of the best days of my life seeing him jump off that bus and run to my arms. We had to sit through a decent ceremony that no one paid much attention too, then we headed home for a change of clothes and out for pizza. Let’s just say we had a little fun in between those two events. Nine months later I found myself in the delivery room.

My pregnancy was easy. I had heartburn, swollen ankles and a little behind shoved into my ribcage. I always felt bad when other pregnant women asked how I was doing, because many of them had much worse ailments than I did during their pregnancy. I had nothing to complain about, some people admired that, some people were disgusted by it (only because they had it worse, or didn’t know how to handle the givens.) My doctor always seemed pleased when I didn’t have any complaints or questions, I pretty much knew what to expect being around pregnant women so often. My sister thought I would balloon up like she did; I didn’t much to her disappointment.

A couple of Friday’s ago I woke with tummy cramps. I work a 3 day weekend shift (gotta love the 4 days off), so I decided I wouldn’t go in until 10am that morning. Normally I would have had to have been there at 6am. I kept telling myself it must be gas pains because it doesn’t feel much like the books describe contractions. What I was feeling was like menstrual cramps in my lower abdomen, according to the books I was reading these were braxton hicks and the real deal would be felt in the upper abdomen. So I didn’t pay much attention to it until I realized these pains were coming in regular intervals and they didn’t go away when I switched positions. With this realization I started timing them; 10min apart. I told my hubby to start packing the bag. I had everything out, just not packed. He wasn’t in much of a hurry because he insisted this couldn’t be labor, it doesn’t follow what the books say and it’s two weeks early. I prodded him on between momentary pain pauses. At this point I was timing at 5 min apart and 30-60sec in length. So, we jumped in the car and headed for the hospital. Let’s just say I never made it to work that day.

By the time we got to the hospital, the contractions hadn’t changed much in frequency, but as soon as the car stopped I jumped out and headed for the doors. I didn’t even bother waiting for my husband, I figured he knew where I was headed and I just wanted some verification if this kid was coming or not. He caught up with me before we got to the doors, and we took the elevator up to maternity. I was buzzed in and went to the front desk. I’d never been in labor before so I wasn’t quite sure exactly what I should be saying, so I just blurted out something along the lines of “I think I’m having a baby right now.”

I was put in a room, given a gown and had fingers shoved up my you know where to see where I was at. Three cm at this point. I was given free reign to walk up and down the halls (feeling like an idiot), with only two gowns to cover me, no underwear, and a pair of socks. Not my most attractive moment. I only walked a little because I was thinking I was going to leak all over the floor. We went back to the room and another nurse came in to see if I would be admitted. I was confused, I thought I already had been, didn’t know I had to have the finger check again to make that determination. I held my breath waiting for her decision and was relieved to hear that I made it to 4cm in the last hour. Now I could be fully admitted to pop out a kid, what a relief. I got an IV stuck in my hand, lab work done on my other hand, and eventually an epidural, which in turn privileged me to a catheter. I had tubes coming out of me everywhere. I will admit the epidural was much different than I expected. The initial “shot” didn’t hurt as much as I anticipated; it felt like a bee sting. It was the little catheter they stuck down my spine that felt weird. I thought it felt like I had a string running down my spine and someone grabbed the top end and started pulling, which gave a tickling feeling all the way up my spine.

At this point I didn’t think things were going to be that bad, everything was pretty tolerable and I was just numbed from the waist down. I don’t remember a whole lot from the actual delivery. I remember my legs being put up in the stirrups, my legs being pushed back as I pushed to the count of 10, and on occasion we did a different pushing technique involving a folded up sheet. My husband jokingly said his part was counting to 10, and was quite proud of himself. I, on the other hand, as mentioned before, don’t remember too much once the pushing got “serious.” I know toward the end I was chanting “it hurts, it hurts, it hurts,” almost like it was a meditative mantra. The nurses did say I had great focus for not taking any birthing classes. I just wanted the pain to stop as soon as possible, and put two and two together, knowing that as soon as the kid was out, the pain would lessen.

Although I’ve forgotten what the pain felt like, I know it was there. I’m sure I’ll remember for the next kid. But one thing I will never forget is the look on my husbands face when her head started to come out. He is normally a very laid back guy that takes a lot to get much emotional reaction out of him. But the excitement in his face and voice when she started to arrive was enough push for me to help her out the rest of the way. I can remember seeing my baby shoot out of me, and I swear I seen the doctor take a step back to catch her. My husband later told me he almost cried when she was born; I have her beat…he did cry when I walked down the aisle 🙂 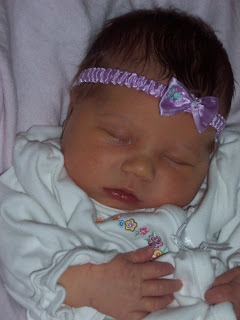 So that’s how my baby came into this world. The amount of mistakes, questions, joys and pains that are to follow on from this moment are unimaginable. But I’m excited to take on these challenges in my life. And I’m even more relieved to know my husband will be there by my side the whole way.